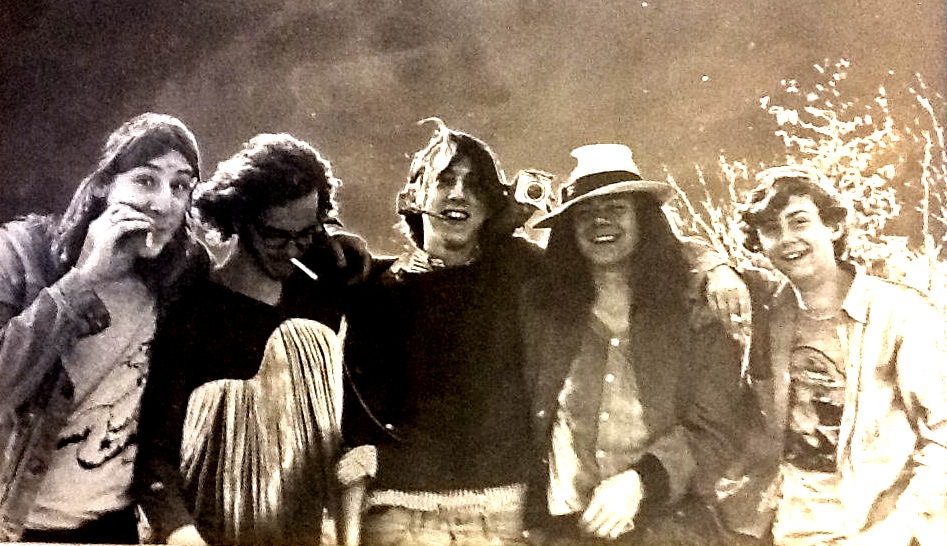 Innovators make a lot of experiments. Some work out. By the time we know, they have moved on. David Bowie comes to mind – and my friend Joe Donovan.

David Bowie died. I was up late watching a BBC documentary about him in the 1970s. He was a character trying out many musical roles. “I’m not very creative,” the musician said at one point. “I just like to keep up on the latest trends.”

Only a truly creative person would say that. Regular people try to be creative. There are books and seminars. Creative people may try not to stand out. It can be a struggle. People who go out of their way to appear creative usually aren’t the real thing. Real creative types are too busy exploring, falling down and getting up again.

In Wired to Create: Unravelling the Mysteries of the Creative Mind, authors Kaufman and Gregoire argue that the essence of creativity is the same in any field. Creative people tend to have diverse interests and try a lot of things. This helps them to see connections most of us miss. It’s not easy.

“Highly creative work blends together different elements and influences in the most novel, or unusual, way, [they write] and these wide-ranging states, traits and behaviours frequently conflict with each other within the mind of the creative person, resulting in a great deal of internal and extra tension throughout the creative process.”

The authors quote psychologist Mihaly Csikszentmihalyi: “If I had to express in one word what makes their personalities different from others, it’s complexity. They show tendencies of thought and action that in most people are segregated. They contain contradictory extremes.”

Bowie certainly explored many themes and styles throughout his life. He created musical personae. He acted on stage and in film. He was a writer and an artist. He moved in many worlds. When he first came to New York City as a young glam rocker from England, one of his musician friends took him immediately to The Apollo Theatre to check out this mecca of black music.

My late school friend Joe Donovan shared some of Bowie’s characteristics. I met Joe at St. Paul’s School in Concord, New Hampshire in the fall of 1968. We were entering the third form. He grew up in South Bend and told stories about tornadoes; his father taught at Notre Dame. I was from small town Nova Scotia. Like most third formers, we felt out of our league.

We ran cross country and one day after practice I talked to him about the novel Ulysses. I had just read the war novel HMS Ulysses by Alistair MacLean; he was talking about James Joyce. He was known for his wit.

Joe played the piano and, late at night, boogie woogie on the chapel organ. He played the bassoon in the school orchestra. He had many classical records on the Nonsuch Label and loved The Greatful Dead. He was the only third former to play in the 18-hour performance of Vexations by Eric Satie at Mem Hall.

At age 15 he studied Greek and read the I-Ching and Zap Comix. He wrote in an ornate hand with coloured ink and drew stylized cartoons and sketches with a Rapid-o-graph pen.

We were in France together for the last year of school and I got to know him better. We walked the cobblestone streets of Rennes. He made ridiculous comments. I laughed.

Arriving back in New York, we stayed with a friend in a huge apartment in the west seventies. In the fall he attended Columbia. He came out. He discovered the Apollo. I visited him a few times, checking out jazz concerts at the Brooklyn Academy of Music. We lost touch.

When we reconnected years later he had bulked up from swimming and running. He was HIV positive but took medication and was healthy for many years. We went shopping for supper in the neighbourhood. He wore a beret and joked with the clerks.

He got into bowling and sang with the New York City Gay Men’s Chorus. “Imagine a rehearsal,” he told me. “Two hundred guys sitting around talking about Judy Garland.” He had a shrine in his West End Avenue apartment in memory of the girlfriend of his friend, Joe 2. She had died of cancer.

Bowie preferred to compose on his first instrument, the saxophone. He wrote, acted and influenced the world of fashion, marrying model Iman. Even his name was made-up. He was born David Robert Jones.

He had an eye for business, helping to create the first “celebrity bond.” The musician securitized his music catalog, selling an offering to raise $55 million. Designed to last 10 years, the bonds allowed Bowie to monetize his music without giving up ownership.

Joe Donovan worked for a PR firm and wore a suit to work. He wrote for Avenue magazine. I met Joe and Joe 2 at a bar, the coolest joint. There was a neon sign, the symbol of a lizard on the outside wall, no name. We drank martinis. Later we visited this flight attendant just back from somewhere. It was late. She was tired, served us drinks anyway.

When I got lost in intellectual pretense, Joe put me in my place fast. The last time I saw him was at a school reunion some years ago. For some reason he thought that because he was gay he would not fit in. When he showed up, his old friends and classmates were glad to see him. He had been one of the stars of our form – an original. You never knew what he would say, but it would probably be funny.

He had cancer and was between chemo sessions.

We were waiting for a cab that last morning and I was rambling on about people deserving their fates. “You’re being a Jansenist,” Joe scolded.

A few weeks later he had his final chemo session. The cancer came back fast. I spoke to him on the phone one last time. He died soon after.

Reading the press, I realize how many lives Bowie lived. Many successes, many failures. It wasn’t easy. It wasn’t supposed to be.

One study of Nobel laureates in science found that they were more likely than their peers to have a serious hobby in the arts, painting, say, or playing an instrument. Einstein played the violin and loved to sail. They were skilled amateurs whose hobbies were a divine distraction. Always learning. Falling down, getting up again.

Science, the arts, business, sports, they are fundamentally the same. We explore the world, carve it up so we can understand it better. Hit one out of the park. Strike out. Learn. Thank you, David. Thank you, Joe.