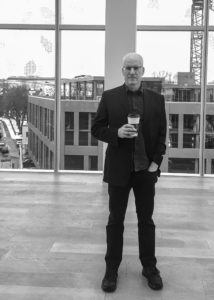 “Change requires leadership, which then relies on strategy and innovation to start the heavy lifting that eventually brings results. People who change the world have a gift for one of the three, but they also manage to incorporate the other two, often by working with others.”

David Holt has been following leadership since the mid-1990s when Jack Welch said “GE doesn’t build jet engines, it builds leaders”; strategy since he was given a ticket to watch a talk by Harvard’s Michael Porter; and innovation since he learned to walk. He has focused on health and fitness all his life; more so since he was hit by a mystery illness, and no longer takes them for granted.

Under the rubric Context Consulting, he speaks and delivers seminars targeting those seeking to create novel futures.

David is an explorer who is fascinated by ideas–how they are created and cross-pollinate each other. Did you know, for example, that the ancient Greeks found a practical method of estimating the circumference of the earth by measuring the shadow of the sun as it crossed a well? But this insight was overshadowed by the Medieval Churchmen who “knew” that God had put the earth–and mankind–at the centre of the universe.

He is suspicious of anyone in the prediction business, which includes most of the experts in most fields. Periods of stability can be interrupted by unrecognized forces. Rarely are these punctuations foretold by more than random luck.

As a child David got up an hour early to read and has been filling the memory banks ever since. He was lucky enough to attend St. Paul’s School in New Hampshire, including a stint with School Year Abroad in Brittany. At Hampshire College in Massachusetts he studied quantum mechanics (his professor at the time now has funding to study quantum teleportation), linguistics, biology and writing.

He has helped to found businesses in the media, renewable energy and data centre sectors. He is the founding editor of OptiMYz, Canada’s leading health and fitness magazine, and Soar, a leading travel magazine. He writes a column on strategy at Progress magazine where he was founding editor. He worked at the Bedford Institute of Oceanography in the early years of digital data acquisition.